It wasn’t difficult to select the top five leadership reads I promised in last week’s blog post. They’re the ones bristling with tabs and notes on the shelf in my study. These are what I would describe as the most influential books I read between March 2008 (on appointment as head at DHSB), and the present day.

I have read other useful books in between but these stand out in my journals and reflections as shaping my thinking at a particular point in my leadership journey.

I have numbered the books in the order in which they were read. The chronology is crucial for me. Recommended reads often fail to acknowledge that reading the right books at the right time is as important as the content of the book itself.

This was one of the first books to introduce me to the concept of non-linear change and impact. I am actually a very ordered soul and the idea of unintentional consequences and sometimes counter-intuitive successes genuinely added a new dimension of thinking. 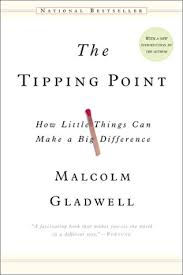 An awareness of the more subtle, chaotic and unpredictable elements of change management is balanced by my conviction that a plan is always a good starting point. The months preceding commencement of headship were used to plan an approach to the first 90 days in detail.

This book helped me consider the importance of context in leading change. It was clear that DHSB was a successful school which would benefit from a different impetus   – not a failing school in need of sudden and immediate transformation. Your first steps are your most critical in signalling how you are going to set about the task.

3: Leading in a Culture of Change (Michael Fullan):

Fullan left me with a strong warning about the emotional impact of change and the influence of change-makers. The danger of “Pace-setters” whose hurry and determination can alienate the organisation is salutary. Fullan argues against the “Lone Ranger” model, (or the “Pale Rider” of Sir Michael Wilshaw’s lexicon), towards creating a culture in which leadership is expected at every level of endeavour. 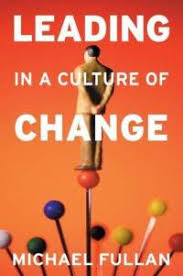 This is the book I see most frequently on the shelves of headteachers across Plymouth and beyond. Collins’ offers a model for focusing on your business or school’s raison d’être, what it is passionate about, what drives its economy and what it can be the best in the world at. This knowledge must then be applied and pursued relentlessly in order to secure greatness. I might have wished the central “Hedgehog” concept had been named differently (there is still a satirical hedgehog in my office for the sharp-eyed to wonder at), but the idea of doing the one thing brilliantly is clear.

NB – the hedgehog’s “Hedgehog Concept” when faced with a challenge is to defend itself by curling into a spiny ball, impregnable to even the most cunning of foxes. 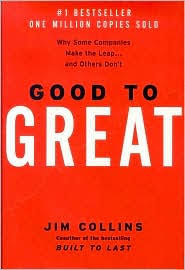 This has been the most recent read. Kotter imparts a strong moral and business imperative for getting the job done quickly – especially following good results or the perception of success.

Failure to impart urgency throughout an organisation can lead to missed opportunities, stasis and a lack of creativity. We can all demonstrate our commitment to these principles on a daily basis by behaving with urgency – prioritising the important over the urgent and by having those sometimes difficult conversations needed to address barriers.

As with all theory, the balance is the key. There is a tension between displaying urgency and pace-setting, for example.

Inevitably, events demand different approaches; then leadership becomes a question of choosing the correct strategy to deploy. In these cases, it’s always handy to be able to re-browse the bristling tabs.

Do comment and let me know what you think. Perhaps you have other recommendations to share? Is the order of the reading important for you?