Yessss! The UK have come top at something in the PISA rankings! Read all about it here in the OECD’s report Preparing Teachers and Developing School Leaders for the 21st Century it tells us how good UK school leaders are on page 17.

An article in the TES 16.03.12  gives an excellent summary of this morale boosting news. Surely the Government will seize on this opportunity to celebrate the successful investment in school leadership training? 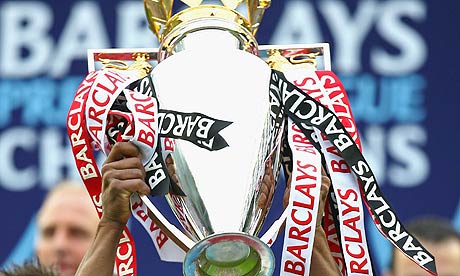 Sadly, the chances are you missed this story.

The fact is, we only seem to hear about PISA rankings when British outcomes are compared unfavourably with Scandinavian and Asian scores, or if they support Government rhetoric.

No, the focus this weekend was the revelation of proposals to regionally adjust public sector pay. At a time when Principals and Heads are retiring at an accelerating pace, the decision to make school leadership even less appealing in some of the more challenging parts of the country is mystifying.

Back to our local League table. We have the male and female equivalents of Sir Alec Fergusons, some AVBs and quite a few David Moyes; we even have an Arsene Wenger. None could question the commitment of any of them in their pursuit of better scores and improved life-chances for their students. I’m confident that any of us in the League could recognise the qualities required to lead learning in a school community.

When Sir Michael Wilshaw (Chief Inspector of Schools) announced that 5000 heads in the UK were “not up to scratch”, he was using Ofsted judgements (from a number of differing frameworks), and these are predicated purely on data. The Ofsted framework does not capture or attempt to record a deeper understanding of local issues, interwoven with economic, health and inclusion issues.

If you tell the public that school leaders aren’t any good – they will believe it. If parents and students begin to believe it they may join the ranks of the boo-boys looking for excuses not to engage or follow. Why not celebrate the strengths highlighted in this report?

Unfortunately in this League, if you lose a few key players, lose the support of the board or the fans turn against you, results can dip and you can be horribly exposed. Public debate ensues, perception becomes fact and good leaders can go under due to circumstances beyond their control.

I’ve been leading a confident school for nearly four years and I don’t have a Roman Ambramovich time-bomb contract and unlike the followers of Premier League clubs, I don’t want to see anyone losing their job or being relegated at the end of the season.

Never mind the moving Ofsted goal posts, players at the DfE might be putting the ball through their own net if UK leaders up-sticks and head off to International positions where their skills will be appreciated.

But in all seriousness, the most important question must be: if our leadership qualities are so highly regarded, why are our educational outcomes so stubbornly mid-table?

CEO and Principal at The British School in The Netherlands. All views expressed on this website are my own.
Follow @kieran_earley